What was the genesis of your magnificent partition for Conan The Barbarian ?

I think it’s because of the collaboration that I had with John Milius, and continue to have, that Conan somehow became what it is. First of all, it’s been 27 years since the music was written, and that this is the first time I’d really taken a long look at this score. To go back and revisit something is a real gift. We kinda see the roots of musical beginnings. 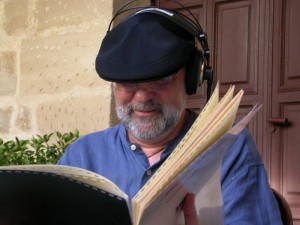 John and I were both students at the University of Southern California, and when we were there, we became good surfing friends. I wrote some music for a movie called The Reversal Of Richard Sun, wich was a student production directed by John. It was a long film, the first hour, almost feature-lenght film ever made in the cinema department. There was some thematic material that I used in that movie that Milius never forgot about, because he loved it, and he said «If I ever make a movie, I want you to put this into my movie». But John really wasn’t studying directing, camera, sound, editing : he was writing. John and I have the kind of relationship where he would write ideas, story ideas, and he would tell the story. I was sitting at the piano, in my apartment and, as he would talk, I would make up melodies to go along. I’ve always worked with John that way. When we did Big Wednesday, I had most of the themes written before the film was shot. He would always read it to me. When we were in the university, he was writing Apocalypse Now, and he would call every night : «I got this thing, on the bank of the river. What would you think would jump out of a bush ?» and I said «A tiger !» «Yeah, okay, I’ll bring a tiger !».We had that relationship, and it was established when we were both 21 years old. That really became our tradition.

So when John wrote Conan, I knew about the script and had three or four of the major themes finished before he ever came to Spain to shoot the movie. I’d play them out to a cassette, on my piano, into the cassette player, and John would take the tape and give it to the sound people. For instance, John played the music live while he was shooting in Spain. He played that because he wanted the Mountain Of Power procession to go at a certain pace. He got the idea from Leone, because that’s the way he worked with Morricone. Morricone would write the music first, and Leone would play the tracks on the set, and that’s what John wanted to do. In Conan, there is a lot of musical hommage to Prokofiev. But the idea is more about the intent, no copying something, not trying to imitate something. The intent underneath was to give it the same kind of operatics scale that Alexander Nevski has. Obviously, there’s not much dialogue in Conan The Barbarian, so he really needeed the music to tell the story. Milius’ main request was that the music should sound like it was a ritual that has been in mythology, that it came from a mythological place, that Conan is real. And for a lot of us, so many strange things happened to him during the writing, and to me during the writing of the music, that there is a power and a kind of magic to it that, I think, quite endures. On the surface, it’s kind of a silly movie, a silly action picture, but the more one thinks about it, and it gets into a subconscious level, it takes lot of power. It has for us anyway.

It’s very iconic. As the music is. 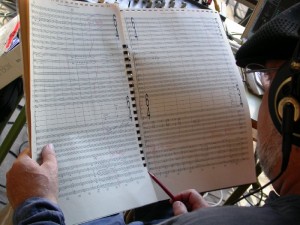 Well, it’s like the film. The music is no more or less that what’s the film actually is. Now, on the other hand, I had almost 12 months to develop the thematic material. I had a lot of time, and that’s all I did. John would send me the footage, I think it was on probably ¾ inch tapes, videotapes. We just only started working with videotapes. There was no ProTools, no digital imaging, no digital sound recording at that time. So I had that Main Theme, and then I developped the Thulsa Doom theme wich actually came out as a sub-theme to the Dies Irae. I wrote the Dies Irae first, and then I wrote a counter-melody to that, and I turned them around, that became the main part and the Dies Irae became the secondary theme.

And basically, what I tried to do with the harmonies was to start out very sparse, very open harmonies, a primitive, primal construction blocks of harmony, to lend an air of, not necessary savagery but distance of history, of pre-history. And then as Conan moves from, probably the steppes of Russia, where his tribe were, to the Mediterranean and to Thulsa Doom’s den, the harmonies becomes richer and richer. The first instance is when Conan discovers the atlantean sword, that’s when things start to warm up. He begins to understand, he looks at his hand, and the skeleton hand, and sort of sees his connection to the past, with the atlantean sword. And then he meets up with Subotai, and they start running, and things become to warm up musically. So there’s always that strange and primitive sense, and then it starts becoming a little more sophisticated, adding little more dimension to the harmony. When we were on the recording stage, everytime we came to a passage he didn’t like, John would do this cross (he forms a cross with his forearms), «Too christian, it needs to be more pagan !». So I would take it out. He really knew, he heard, he had this vision, that it needeed to have the savagery at the beginning. «Too christian !». That’s where the score went. Then, once we get to the orgy chamber, that’s the height of the decadence. 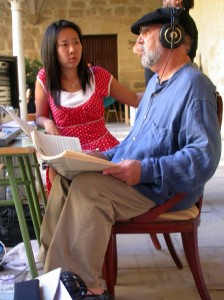 And then from there, Valeria gets killed, and it turns into a revenge thing. And then there’s the end, of course. I just had this conversation with John, a couple of weeks ago, and we talked about Conan. If he was to direct that movie today, there’s no way that the producers would allow him to put that much time in that sequence, when Conan is sitting there and planning what he’s going to do. And he turns to the princess, which gives him a humanity the Howard books don’t have. The Howard books were about magic and brute, and strenght, like that wonderful painting of Frazetta, the Berseker, that so bizarre painting. John didn’t do that. He humanized Conan. He offers his hand, he’s going to take her back to king Osric, wich is dead but nobody knows that. She doesn’t know that, he doesn’t know that. I assume that’s how he becomes king. But we never got that far. We never got to do the other two, wich is too bad. No producer in the world would allow him to take that screen time to put that there. But it’s just his way to tell a story. So that’s basically the background of Conan.

We were talking the other day, with John Ottman, about the syntax of film, and this is certainly something John understands, because he’s a film editor, and something that I understand, because I went to USC cinema department. It’s very difficult these days to find films, I mean the great films that they used to do, where they used the syntax, the language of film, not just imposing a piece of music and make the cuts. And unfortunately, there’s composers that agree to that, and it becomes a game of imitation. So it’s forced and imposed by the editing and the temp tracks, as opposed to something that’s coming from within, and organic, and part of whathever the rythms of the movie are, as opposed to the rythms that somebody imposes…

So, working with John was a wonderful relationship, because it’s non-threatening. He didn’t threaten me as a composer, I didn’t threaten him as a writer, but we were both writers. We shared that process. The process of writing is the same, wheter you’re writing music, or painting, or sculpting. The creative process is the same, because you have to release whatever it is in there. You don’t sit there and make it something, it has to come out of something. I think it’s a concept and a philosophy that I don’t see at work often. Now, it’s driven by something else, greed, money, sex, drugs, I don’t know…

Is there no passion anymore ?

There’s passion, but I think it’s misplaced, I think there’s a lack of understanding, a lack of historical interest in the films. There’s some young film composers who have no idea who Erich Korngold was, or Max Steiner, Georges Delerue. ..There’s no sense of past. That was a very lenghty answer (laughing) !

You’re doing a big Conan concert tonight. How did you reworked your partition to recreate the score ? 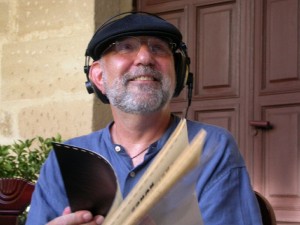 We didn’t change it that much. We reconstructed a lot of the originals into the computer. The orchestrations are pretty much the way I’ve written them originally. I wanted to do a suite. And, without sounding arrogant, what I wanted to use as a model is Alexander Nevsky. Robert Townson and I talked about this. RCA just released all the cues of Alexander Nevsky. All we know is the constructed suite, wich is about 37 minutes long. And what I’m really curious to do is to see how he interpolated his themes and arranged them into a suite. And that’s what I really wanted to do for Conan. But finally I have to use the cues, without arranging them into something else, because we’re playing to scenes from the movie. And I said «OK, I can hide behind the visuals, so if the music’s not very good, people can watch the movie !». So I think what I’ll probably do is turn off the clicks. I’m gonna turn it off and just conduct to the picture. I thought this is about film music, so let’s show what film music is. Realizing that, it’s very difficult to recreate something like that. We’ll do the best we can ! I think I’m the only one using cinema. That’s crazy because John (Debney) does a wonderful film, The Passion Of The Christ, and to show the film would have been great. Maybe we’ll turn the film off, I don’t know… It’s gonna be interesting. I thinks it’s fun, there’s so many people that seem to be interested in all of the film music, that’s wonderful.